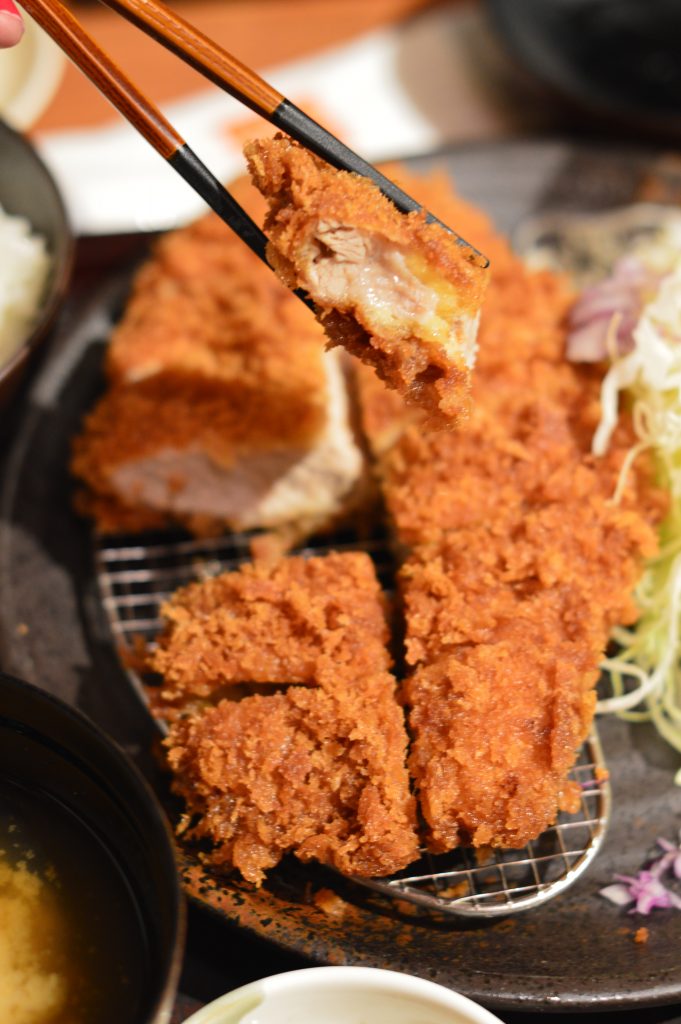 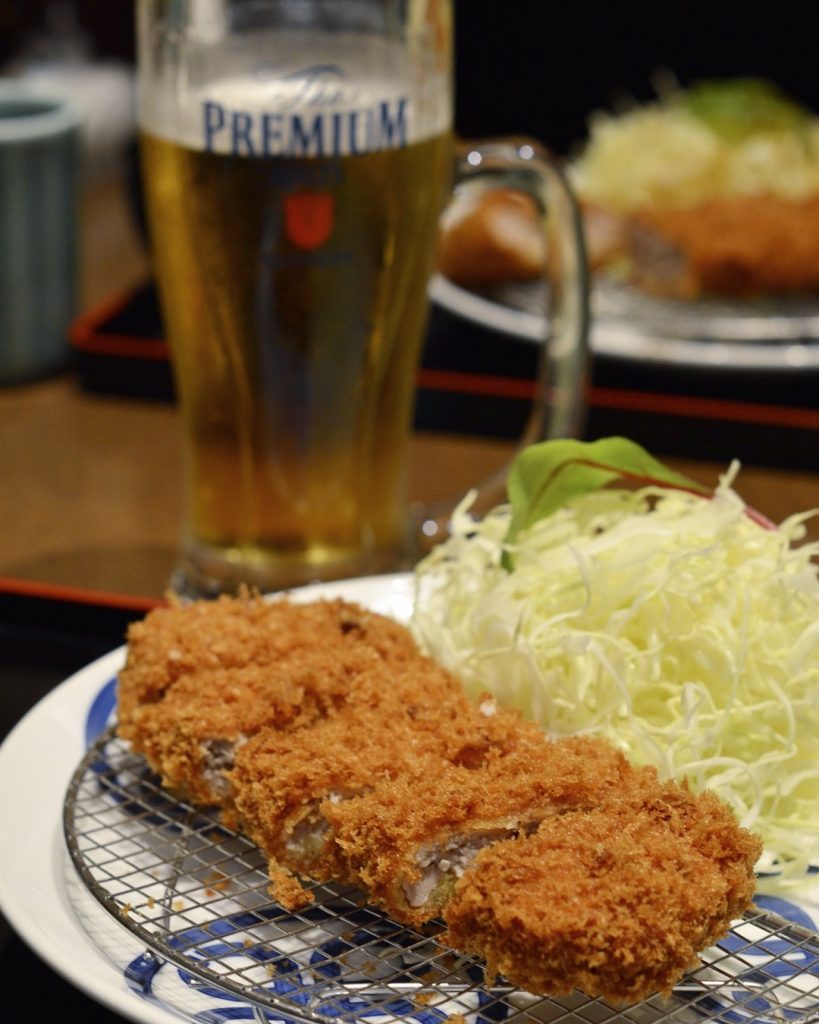 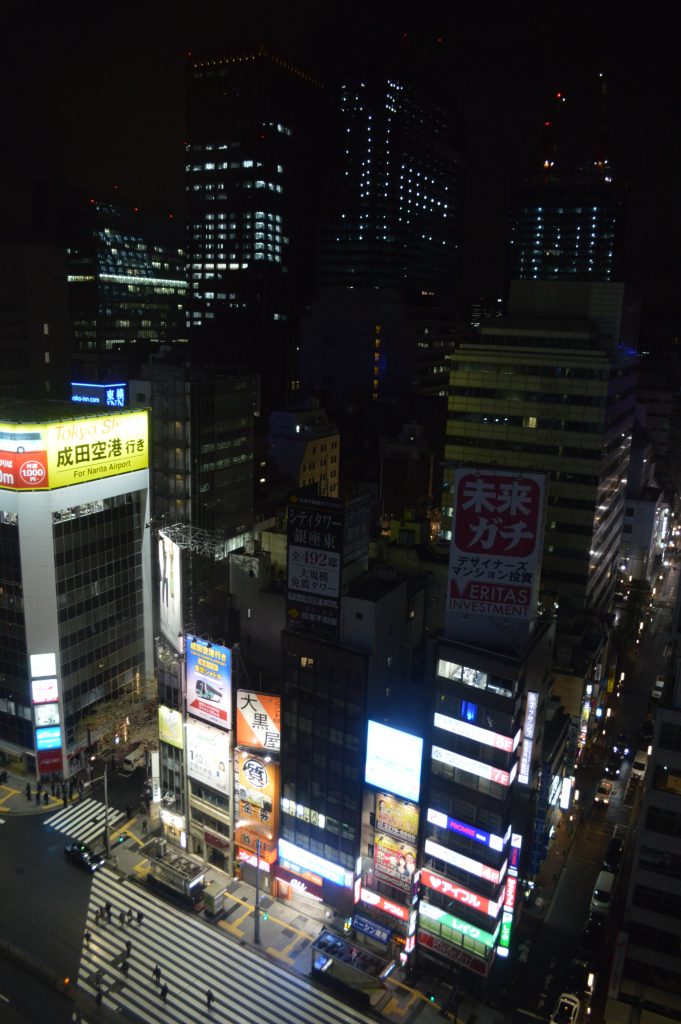 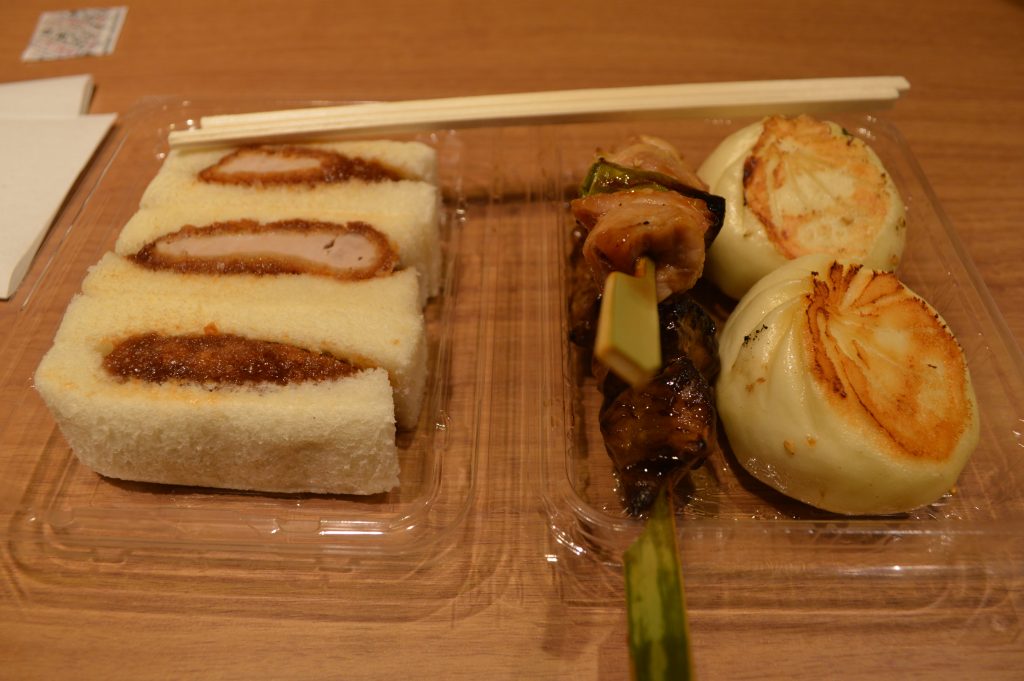 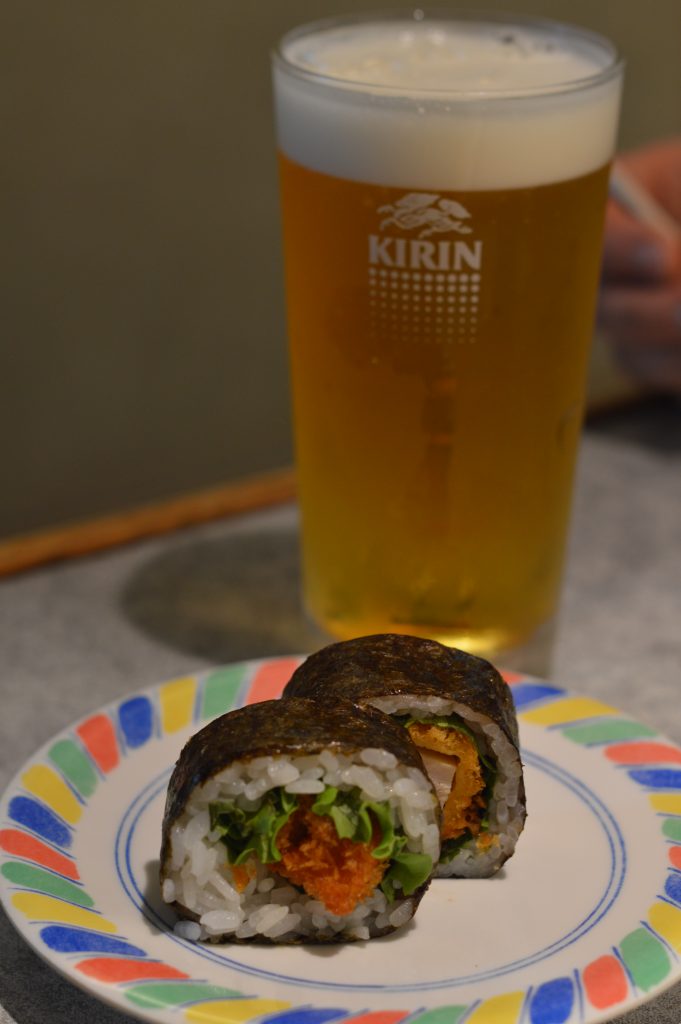 The best sushi, and unfortunately one of the only times we had any during the trip, was at Musashi Sushi in Kyoto. The sushi is served kaiten style, which means the chefs make sushi and then put it on a conveyor belt which diners are conveniently placed around, and then you make your pick as it passes by you. 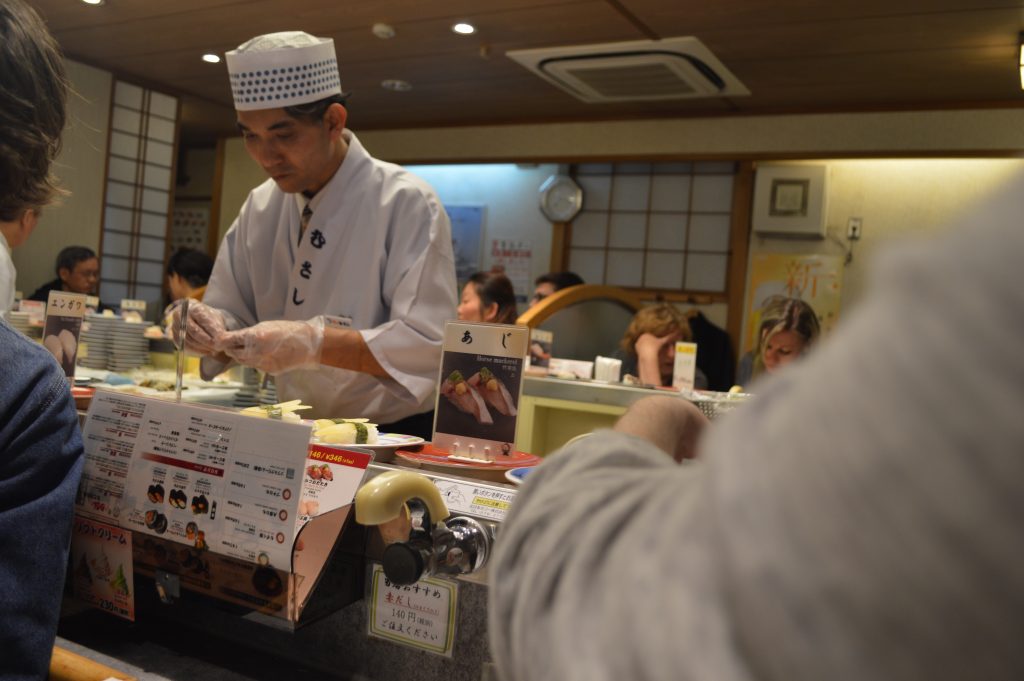 At Musashi, you can also ask the chefs to make you special ones if your favourite is constantly taken by the couple just before you. I’m not saying that this in fact did happen, just that it could have. 🙂 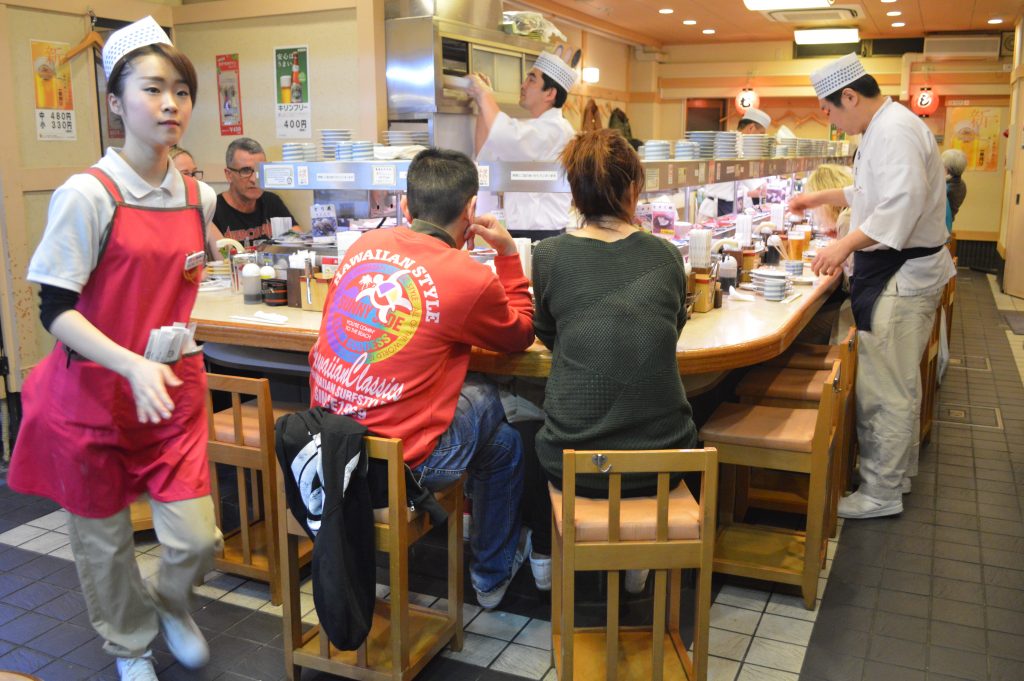 We sampled lots of different sushi at Musashi, for instance ones with roasted beef, melt-in-your-mouth fatty tuna belly, lobster in mayo, tuna and quail egg yolks and grilled unagi eel sushi. Everything was really delicious, the beer was as always served ice cold in iced beer mugs and the prices were quite good too. Your check is calculated by the number of plates of a certain colour you have on your table. 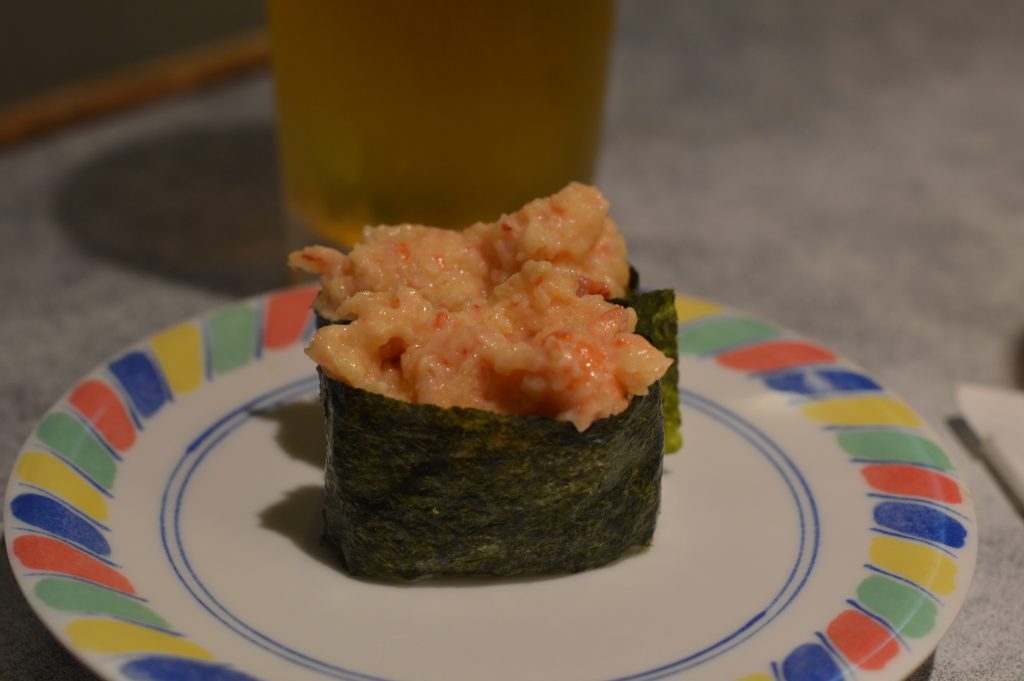 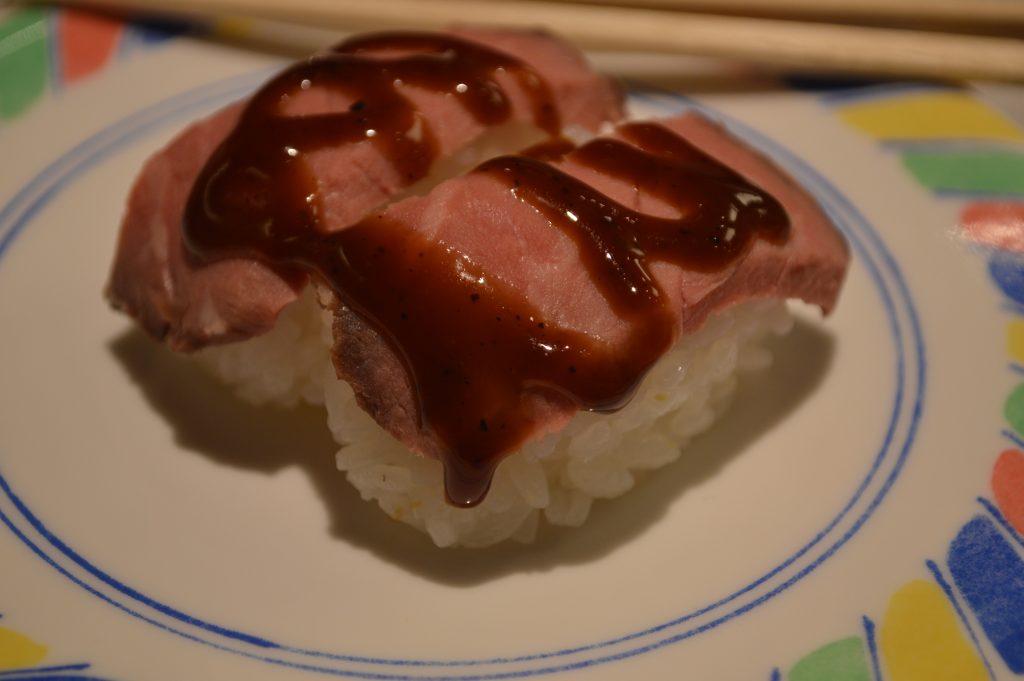 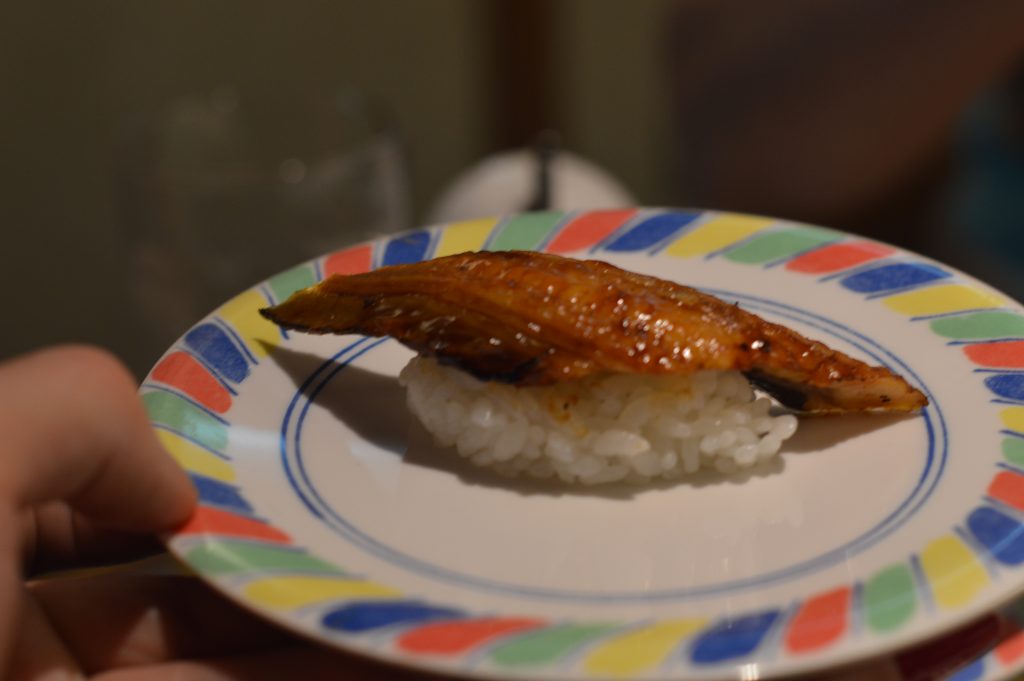 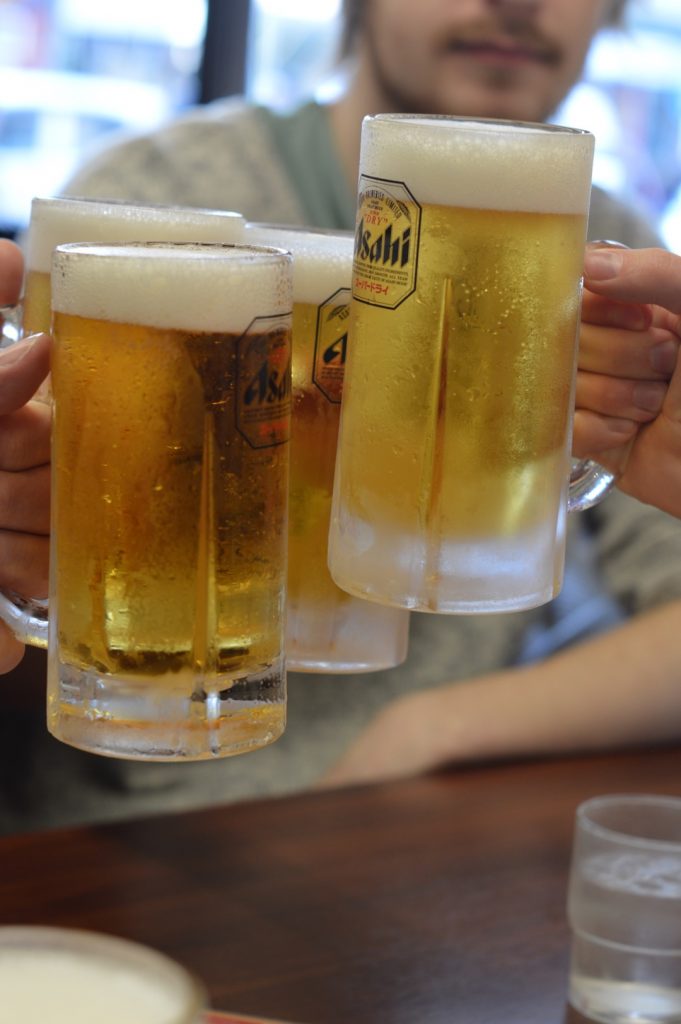 After finding our Air Bnb accomodation, food was on our minds. After some searching, our first meal in Kyoto was a delicious bowl of ramen at Kairikiya in central Kyoto. The place is part of a chain spread over Japan. We had a bowl of miso ramen, karaage (Japanese fried chicken) and fried gyoza (dumplings). Everything was very delicious and was celebratory washed down with an ice cold glass of Japanese beer. A very nice thing in Japan is that the beer always during our trip came in frosted glasses. 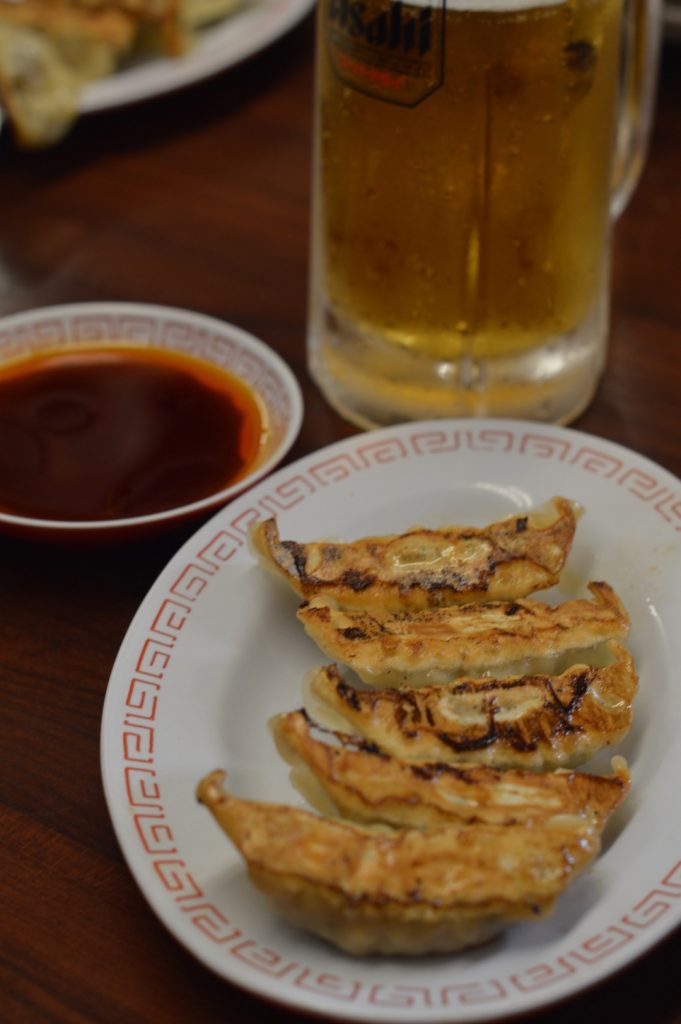 Delicious gyoza served on the side. 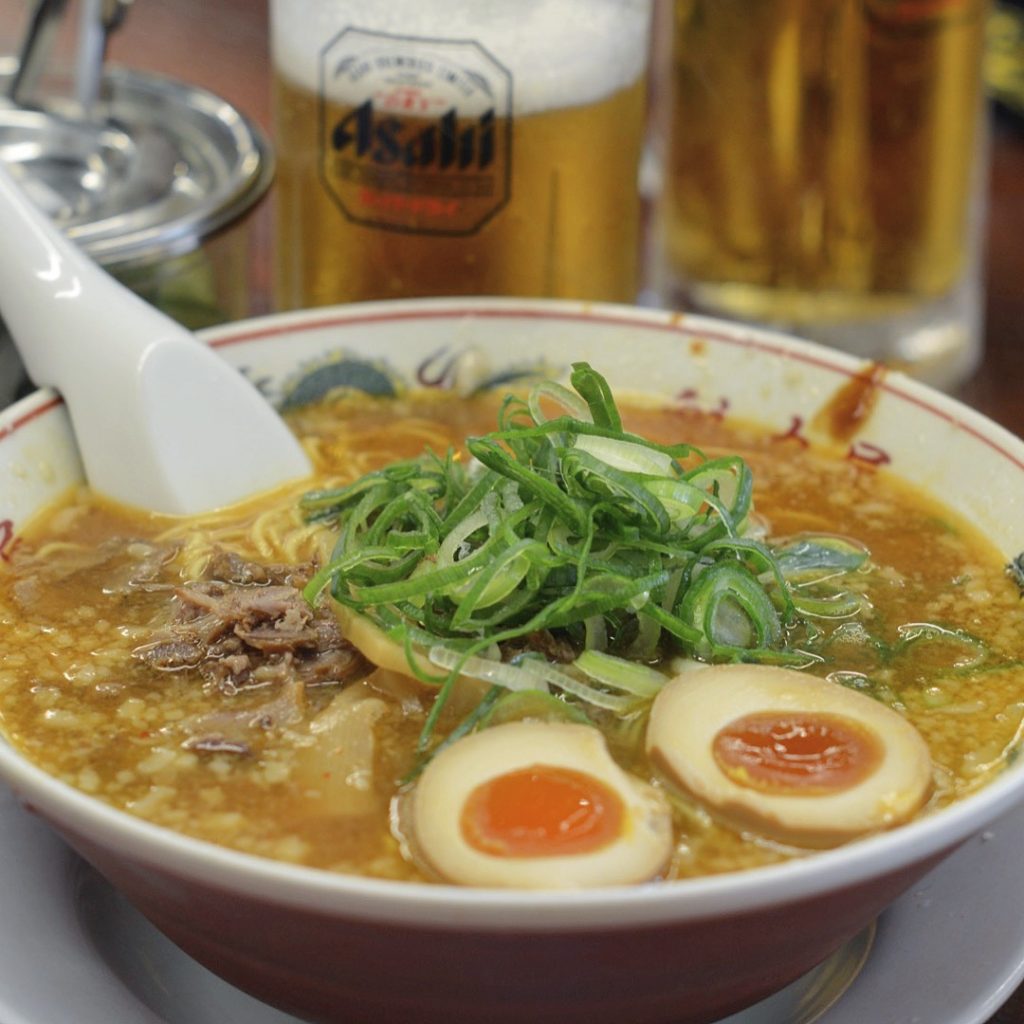 Kairikiya’s ramen was maybe not the best I’ve ever had (I will post about that one soon), but nevertheless a really tasty ramen. We went for lunch, and the place was almost full so we were not alone in enjoying the place.

Price and place
Located in central Kyoto. Prices were quite low. Around 1000 jpy per person for a ramen bowl, a couple of shared sidedishes and a beer.
Click here for website with menu (in English).