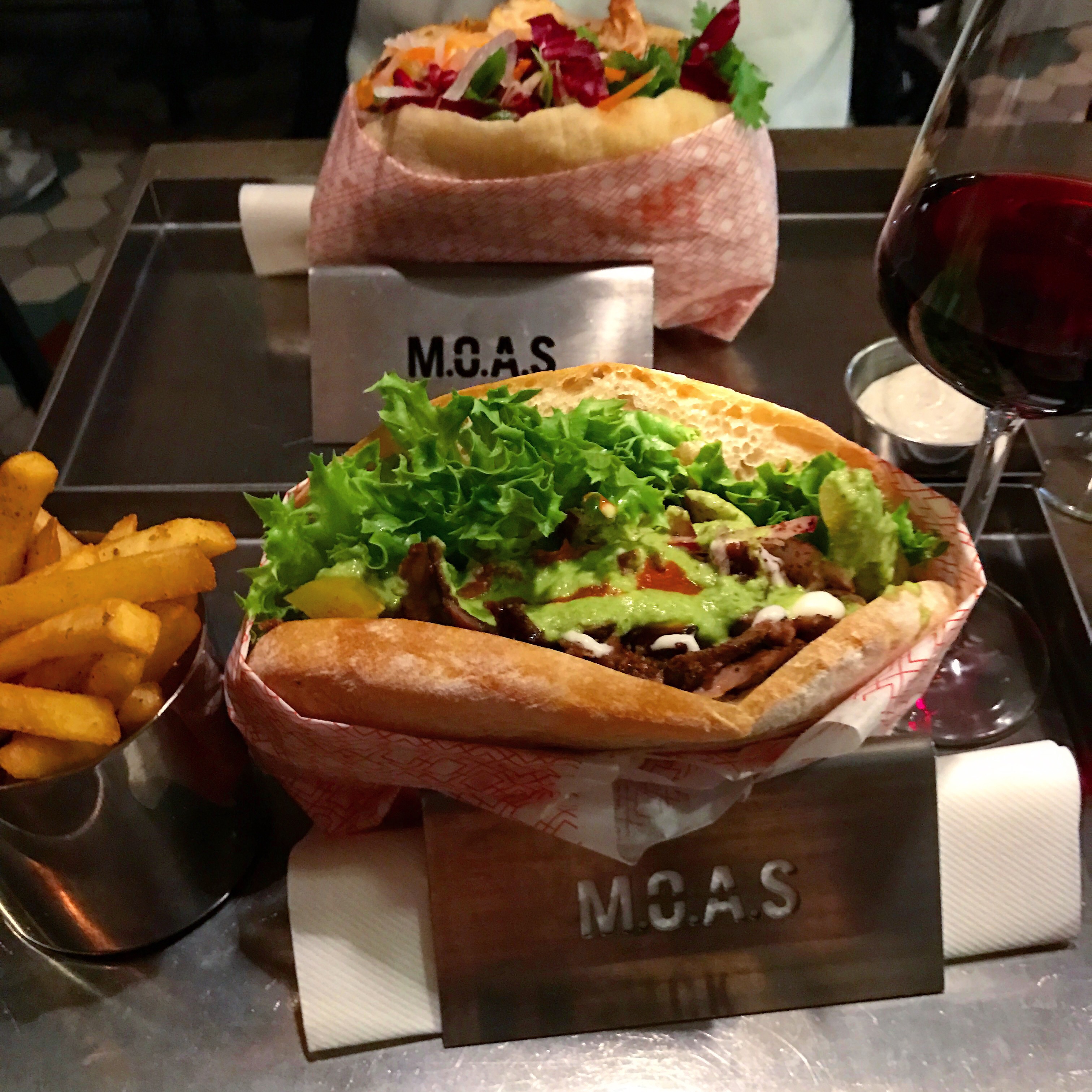 Finally paid a visit to semi-posh kebab joint “Meat on a Stick” in Stockholm. The place was founded by a kebab lover that’s been traveling the world eating lots of kebab trying to find the perfect one. That, generally positive reviews and my own love for kebab brought me there yesterday for an early dinner.

We arrived maybe five minutes past their opening time (on a Friday) 17 o’clock, and were immediately seated by a friendly waitress. When we left an hour later the place was almost full. The restaurant is pretty small, so it fills up quite quickly.

As for the food, I opted for the most “standard” choice according to me, with an “Ararat” featuring a mixture of lamb and veal meat, sliced döner-style from a rotating spit of meat. There was also a garlic creme, jalapeno sauce, a tomato based sauce, pickles, lettuce and onion. The kebab was generally very good. The meat had great taste, the pita-style bread withstood the meat’s juices almost all the way and started breaking only when I nearly had finished. The vegetables added a nice freshness, the pickles some acidity as well as crunch, the sauces heat, and, of course the to Swedes important sauciness. 🙂 The meat had a bit more bite to it than your regular street food kebab, but it was still quite tender.

My dinner companion tried a “Hanoi” which is a Vietnamese inspired chicken kebab with coriander, Sriracha mayo, radish, cucumber and carrots. Also a very nice if quite spicy kebab (the waitress warned us when ordering).

We also tried their fries with truffle dip which was a really nice addition to the kebabs. A glass of South African red worked really well with the above Ararat. A nice place for a tasty, fancy-yet-affordable kebab dinner.