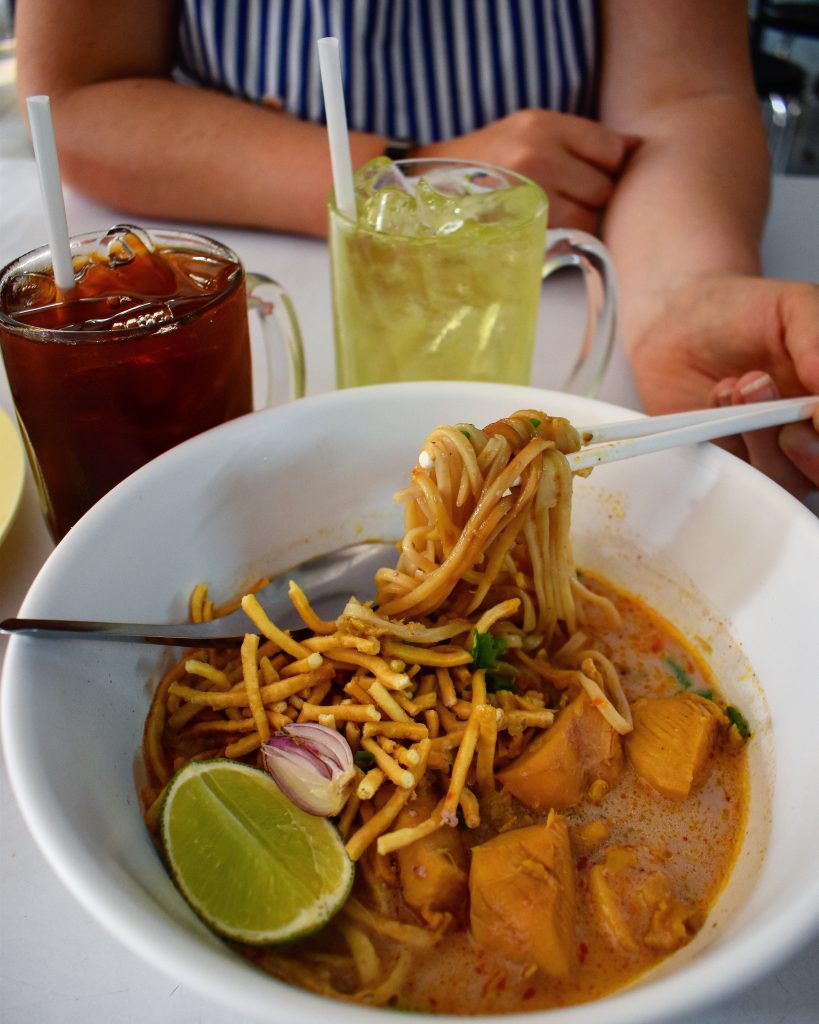 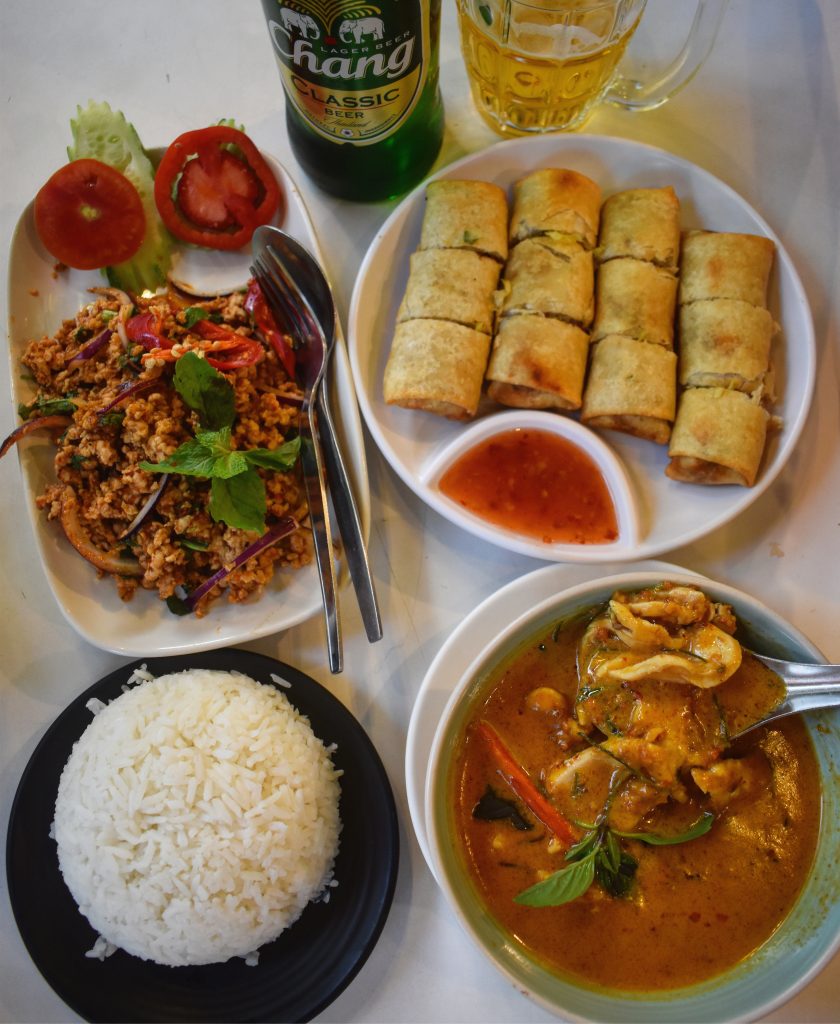 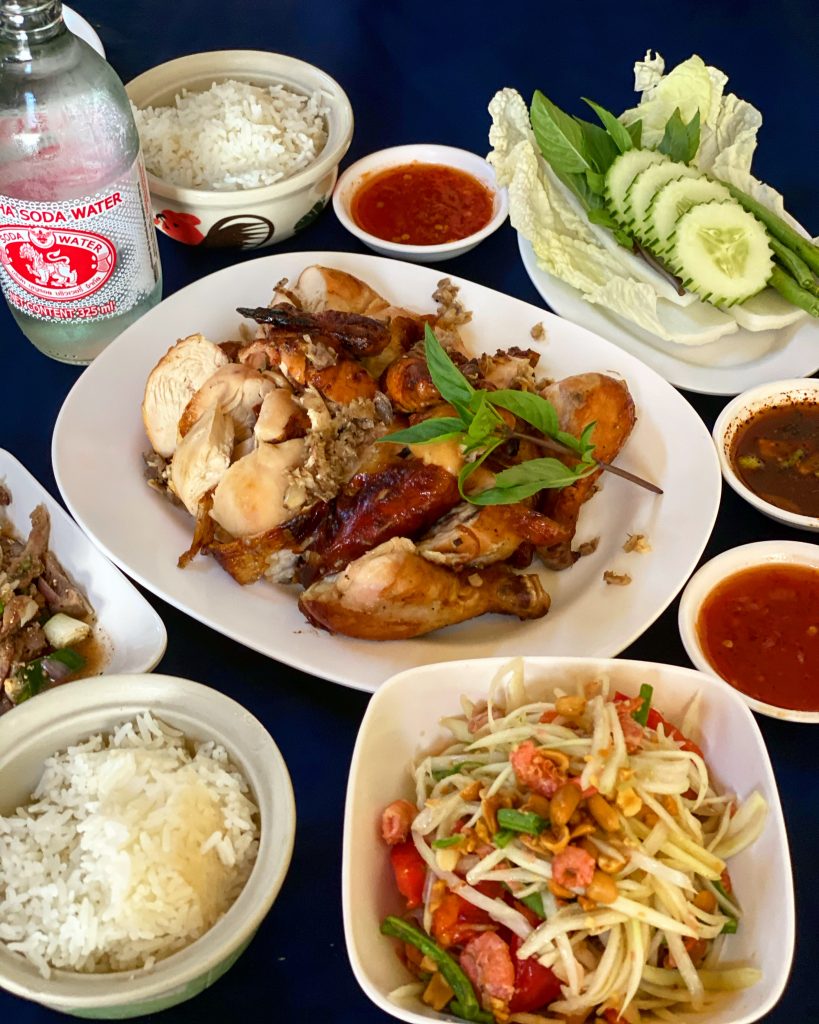 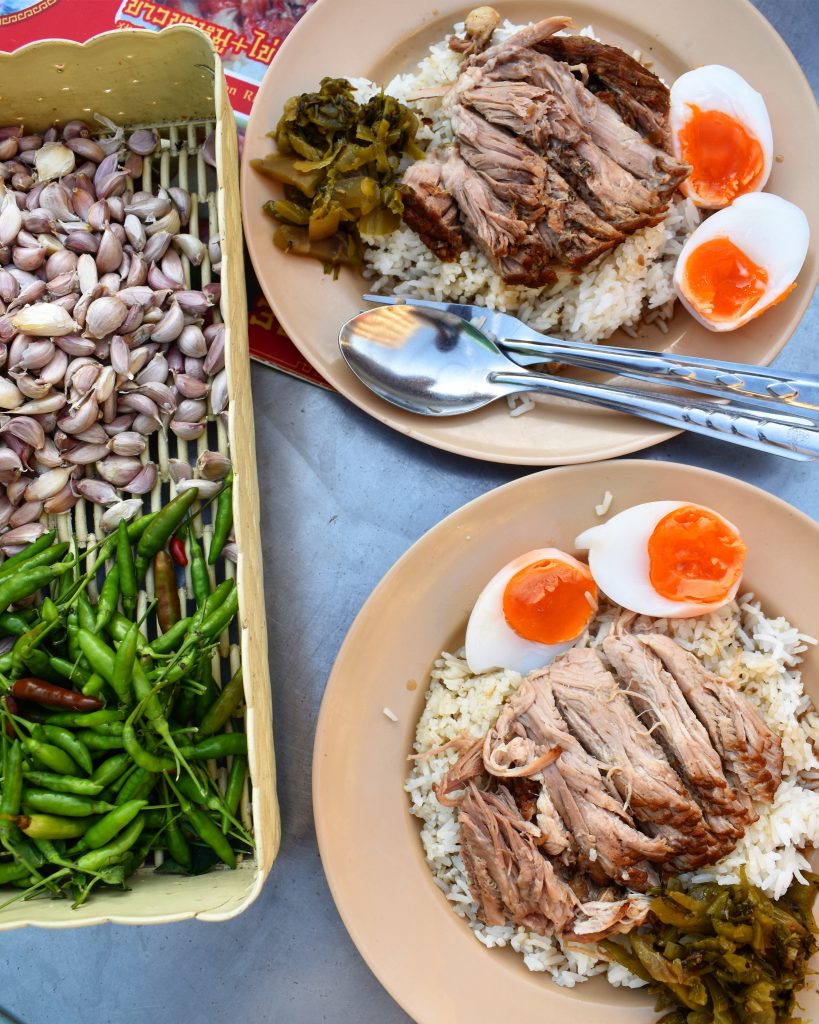 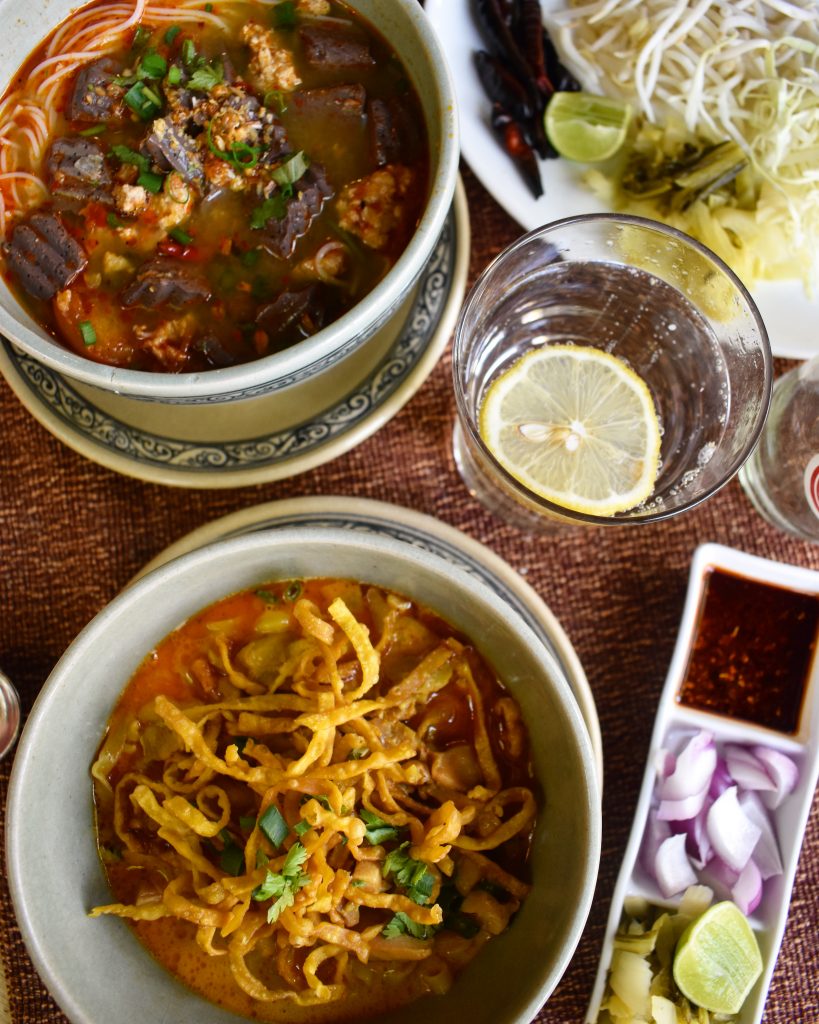 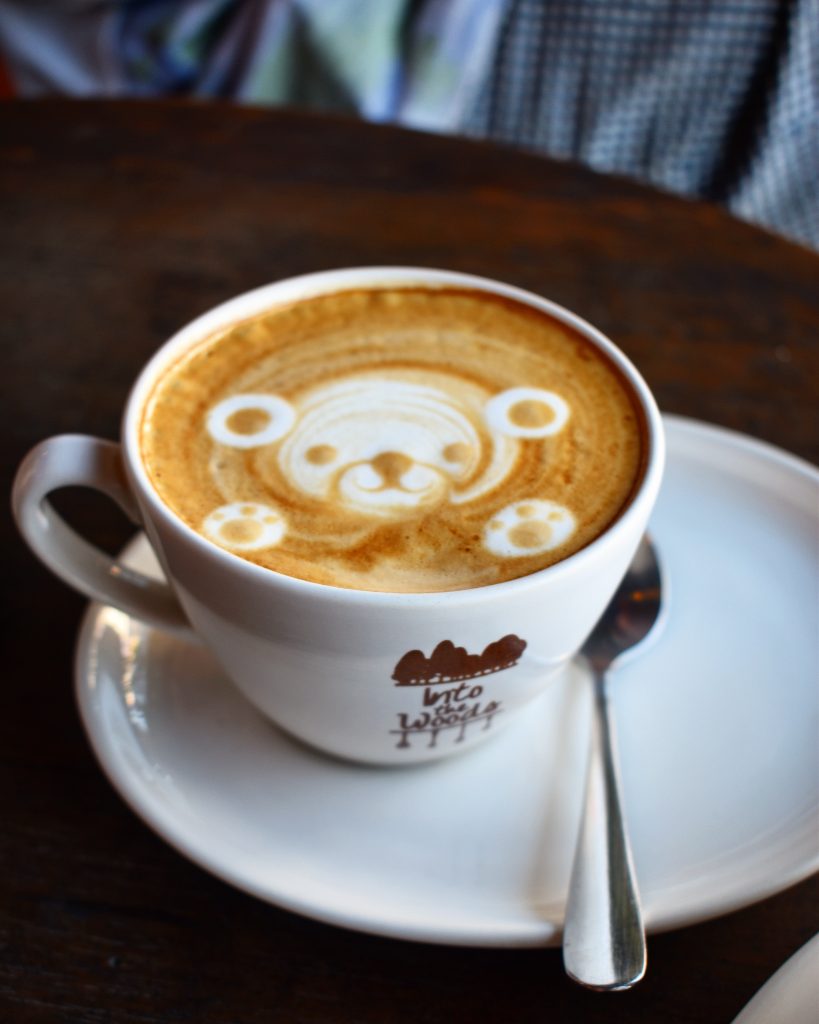 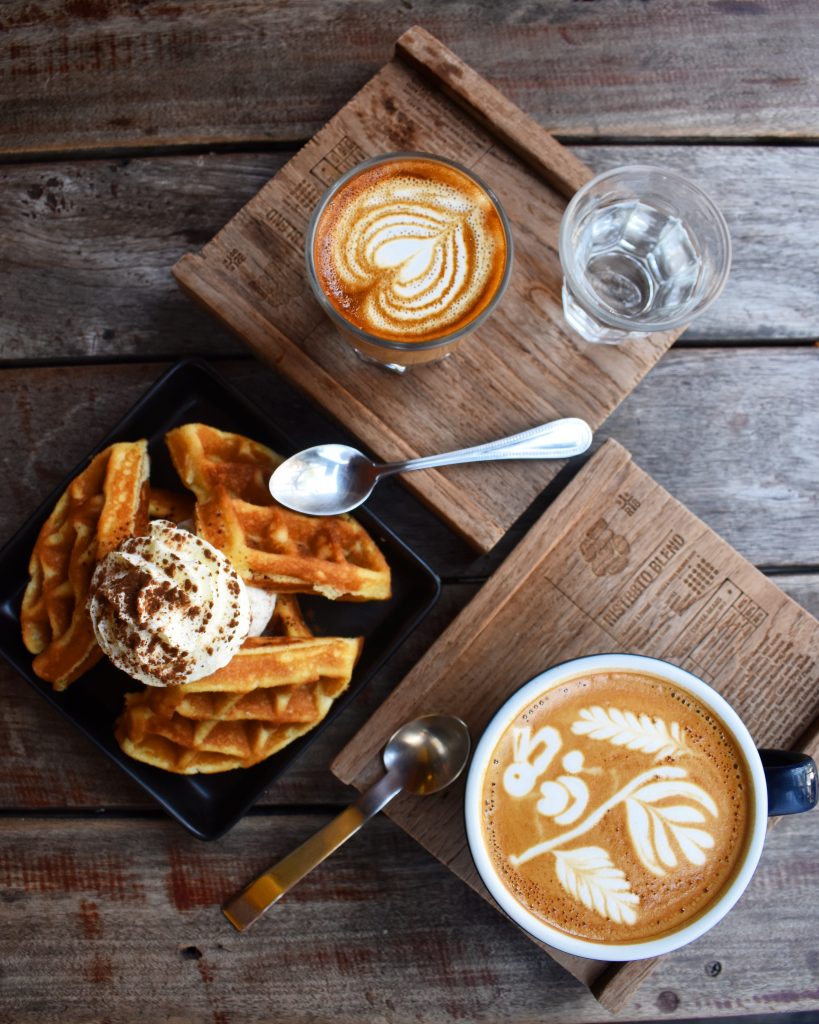 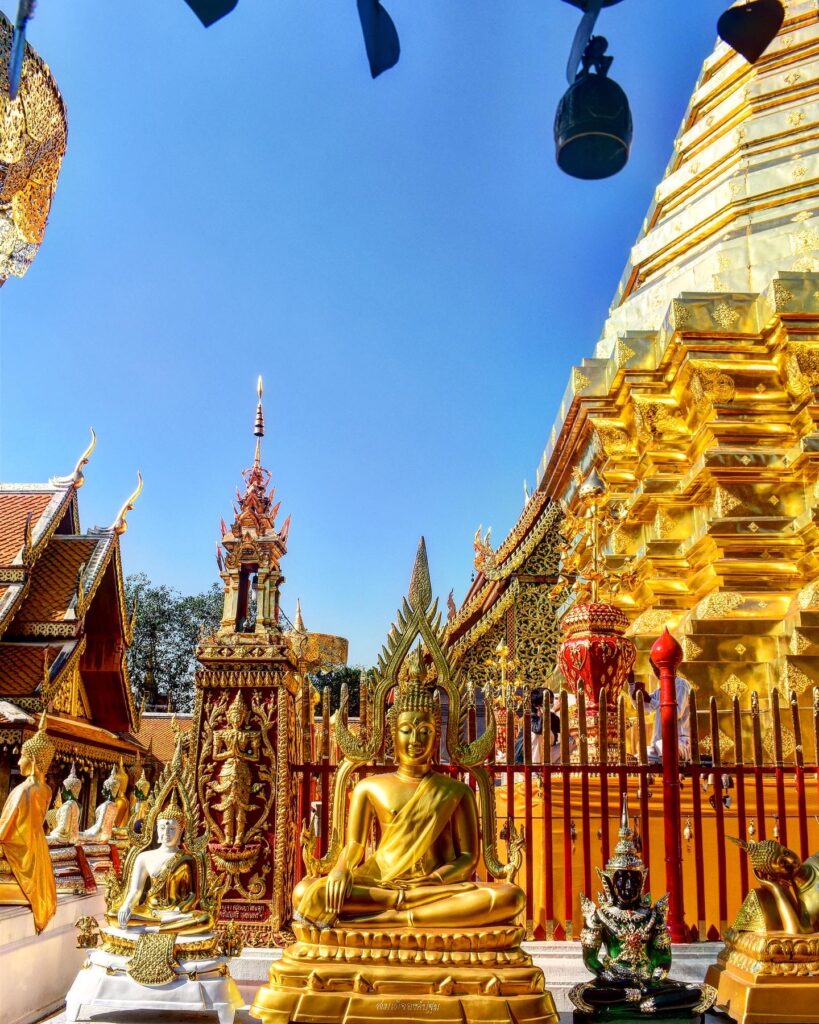 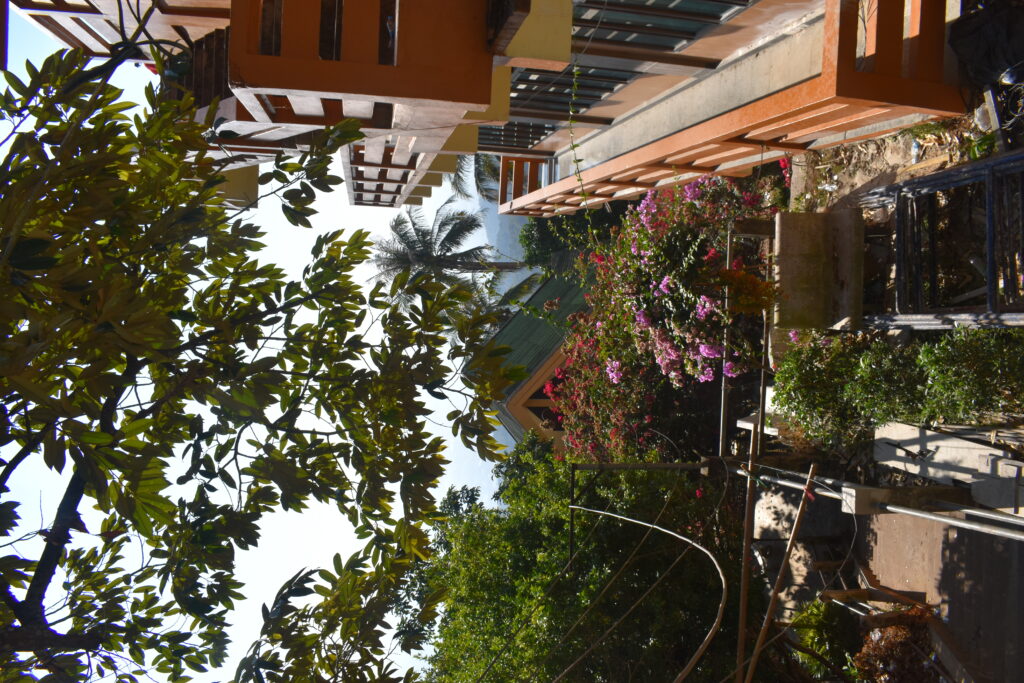 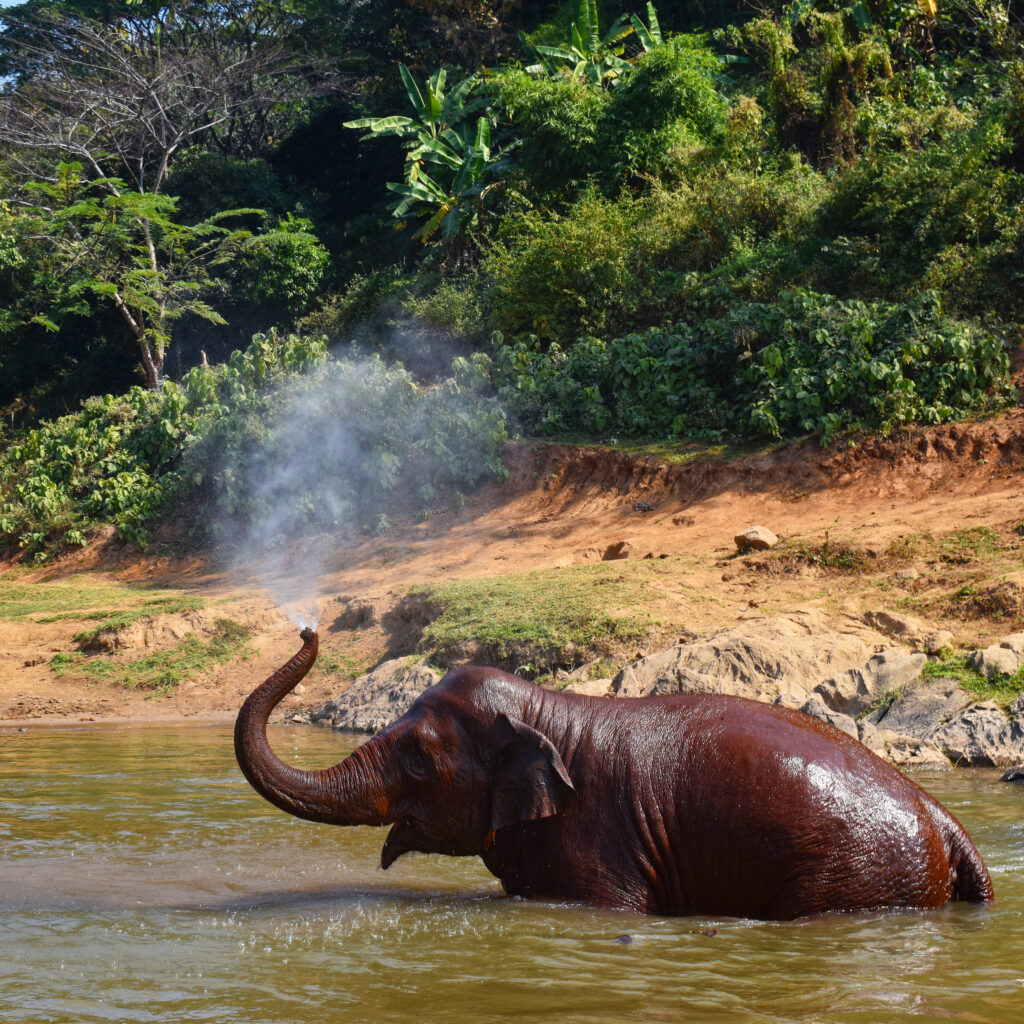 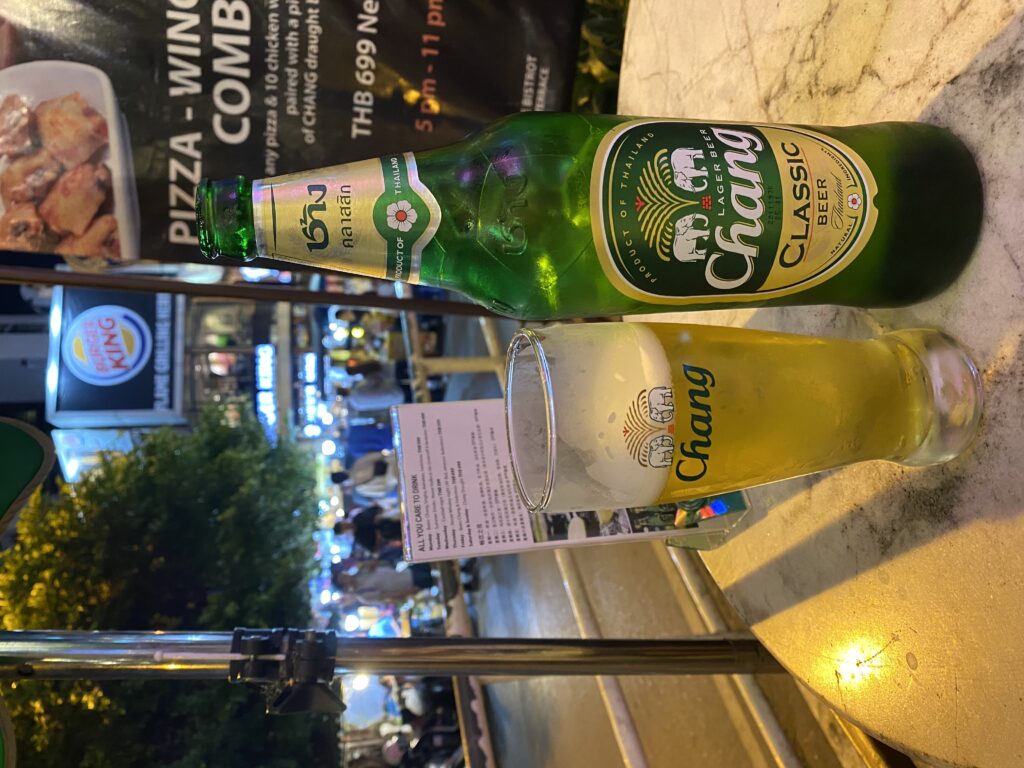 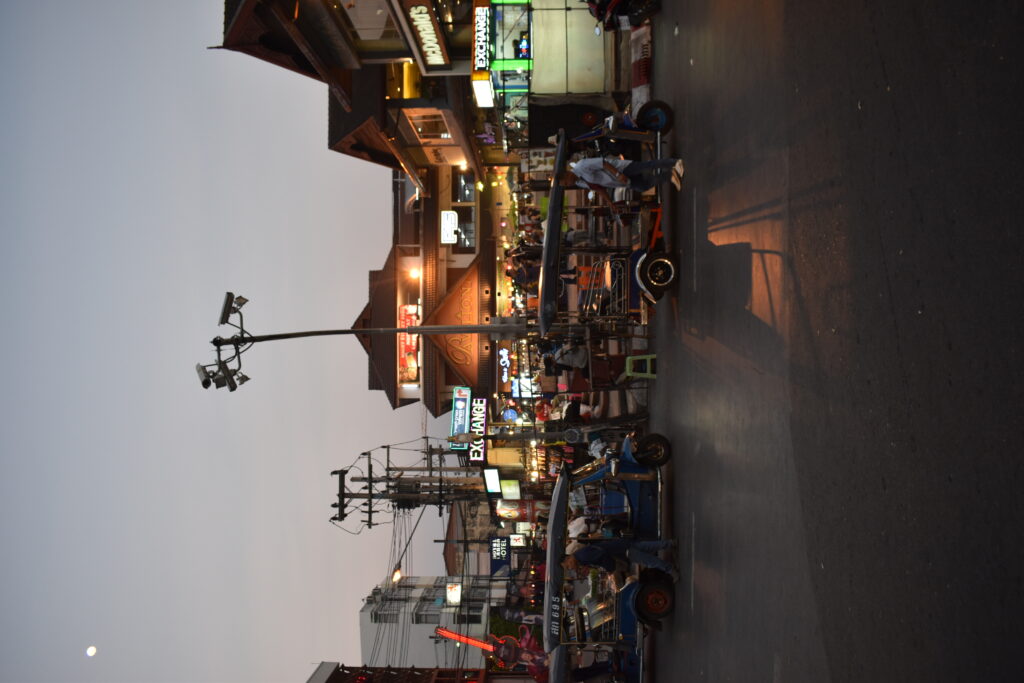 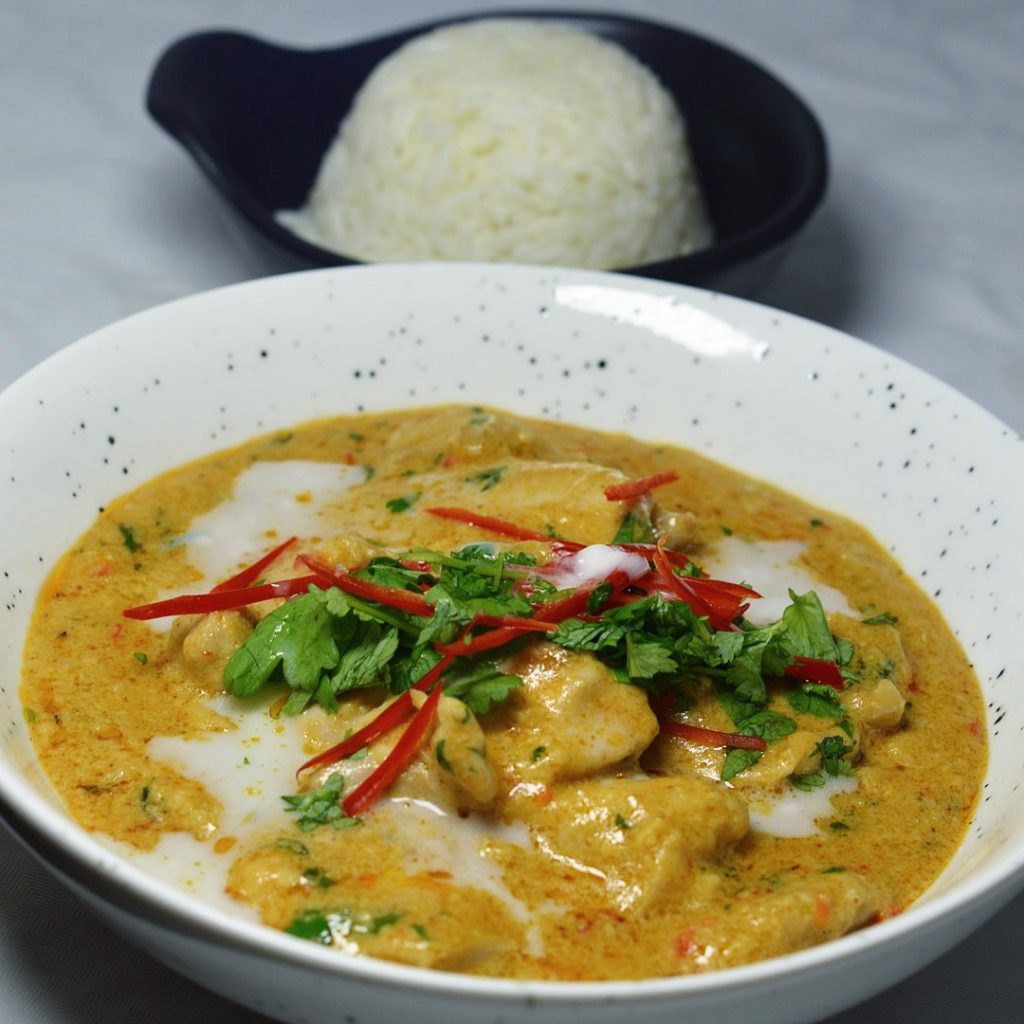 A weekday favourite of mine is this version of a spicy delicious Thai panang curry. When we’ve been to Thailand, this is usually my number one choice for dinner, and after several attempts, I’ve finally succeded in making a somewhat authentic-tasting version.

What you need (approximately for four persons)

About 1 dl of peanuts (unsalted if possible)

One can of coconut milk

1 teaspoon white sugar (can be excluded)

1. Trim the chicken thighs of excess fat, sinews or bones, if any. Finely chop red chilli and garlic. Mix peanuts and red curry paste until smooth.

3. Fry the coconut fat in a pan on high heat until it splits and releases coconut oil. (If you had no coconut fat, start at this step with heating cooking oil. Fry the curry paste- peanut mix in the oil). After 30 seconds or so, add the chicken, chopped garlic and chilli, and fry for about another minute or two.

4. Lower the heat and add the coconut water remaining in the coconut milk can. If the coconut milk was already mixed, then add all of it to the pan. Add lime juice, sugar, fish sauce and lime leaves (don’t forget to count them before adding them).

5. Let the curry reduce for 5-10 minutes. Taste and add some extra fish sauce, lime juice or sugar if needed. Finally, remove the lime leaves (I hope you did not lose count of them ?).

6. Serve! Top the curry with fresh coriander, and serve with steamed rice on the side. 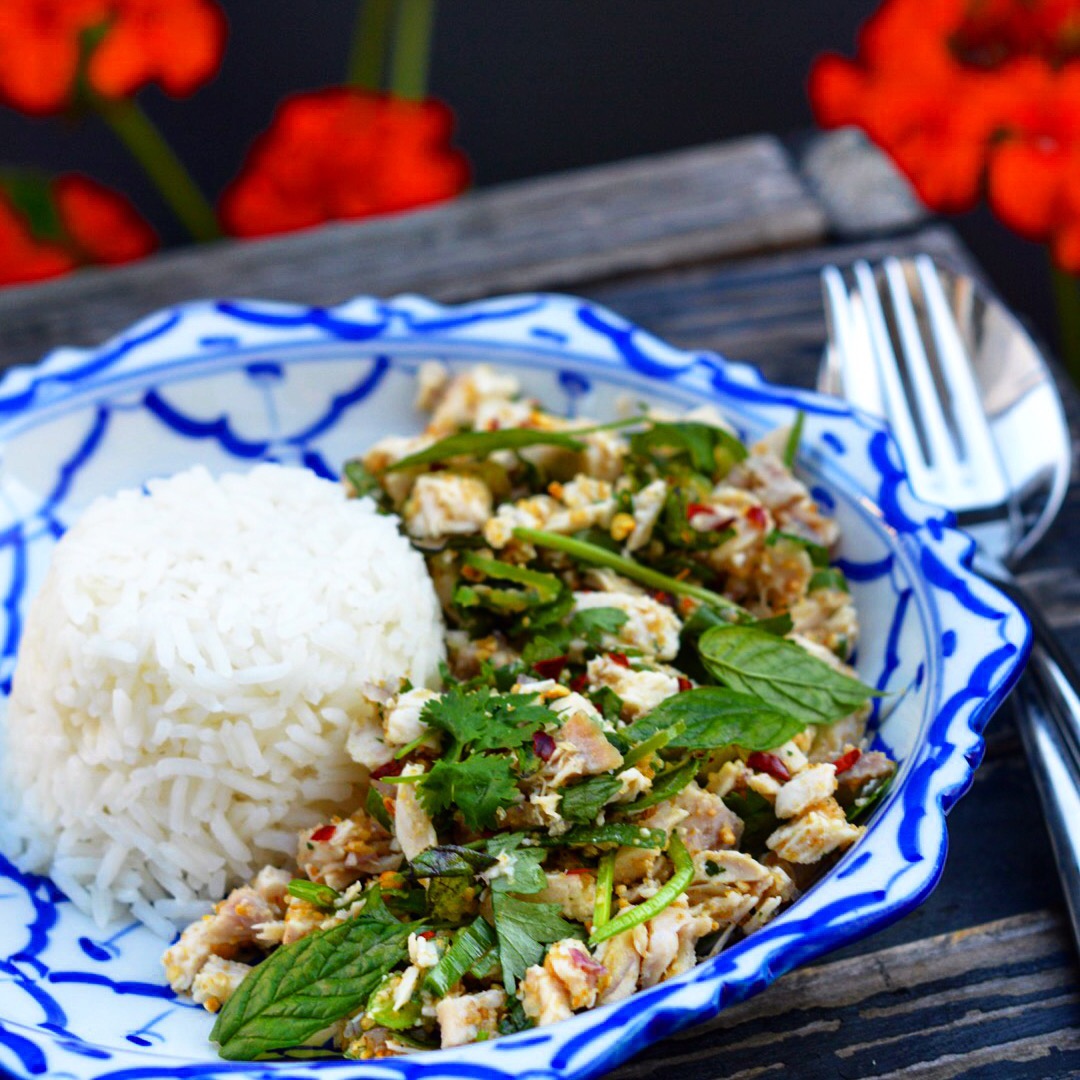 Last year I visited Thailand, and for the first time I tried the dish larb, something I’ve been wanting to try for a long time. Larb is a salad common in Northern Thailand as well as in Laos. It contains ground toasted rice and herbs and can be made with several proteins. Some use raw beef, some use pork mince, I had it with guinea fowl in a spectacular version at Nahm in Bangkok, and you could also, like me, use chicken for this fresh tasting flavour explosion of a dish. A salad in my taste.

What you need
Minced chicken/chicken chopped finely
Fresh mint leaves
Fresh coriander/cilantro
1 Green chilli (or use chilli flakes – or like I did, both)
3 stalks of spring onion (the green stuff)
2 shallots
3 deciliter of jasmine rice (get Thai long grain if possible)

How to cook it
1. Start with the salad dressing. Roll the whole limes for a bit against the table, this will make it easier to squeeze out the juice. Then cut limes in half and press the juice into a bowl. Add fish sauce and caster sugar. Stirr with a spoon until the sugar has dissolved.

2. Time to toast the rice. Toast a deciliter of rice in a dry pan until it’s is quite brown but not burnt. When it smells toasty it’s probably about done. Ground the rice in a blender or by using a mortal and pestle.

3. Continue with the chicken. Fry the mince or the chopped chicken until done. Set aside.

4. Roughly chop mint leaves, coriander and spring onion stalks. Finely slice the green chilli if you’re using one. Then mix everything together and pour over the dressing. Let rest for a while and then served together with steamed rice and possibly a cold beer.